You need need help with digital marketing and need an online presence to catch customers attention.

Uniquely Nelson is all about get up and go, that’s what we do for Nelson City businesses. Get your business out there, with our help. We’ll build a top notch marketing and social media plan to help get you noticed. We’ll do it all for you.

Need some help finding the right person for the job? We know lots of awesome people and can help build your team!

Uniquely Nelson is an incorporated society set up with a Board of Directors and a full-time Manager.  We have been marketing and promoting Nelson City since 2002.

Uniquely Nelson is not-for-profit and is funded annually by Nelson City Council.

Uniquely Nelson has developed a range of marketing initiatives around the Nelson City Experience to encourage greater visitation and retail expenditure in the City.

Nelson City, the best small City to live, work and play in Australasia.

Uniquely Nelson’s Mission is to:

Develop a marketing strategy that clearly communicates and supports the vision statement;

Develop promotions and activities around the unique offerings of Nelson City, thereby supporting the vision statement;

Develop and implement an ongoing program of stakeholder engagement that enables the vision to be effectively communicated and shared. We want to ‘win the hearts and minds’ of the people who influence the City’s cultural, social and business vitality.

Simon has returned to Nelson after being away for many years, mainly overseas. As well as having deep passion for what he does, he comes with a strong international background in marketing, brand development and more importantly, relationship building. If you have a businesses idea, have an event you wish to promote or would like advice on Nelson City, come see us at Uniquely Nelson.

Chandra is our techie guy. He is an experienced, skilled and creative talent with multiple degrees and certifications in web development, digital marketing, graphic design and systems security.

Michelle is our Sales/Marketing and Comms girl.  She supports the team in getting things done.  Her role includes liaising and networking with businesses in Nelson City and getting them on board as members of Uniquely Nelson.  She also assists the team in collecting content for The Nelson Advantage Newsletter, social media planning/co-ordination & event organising.  She has a genuine passion for working with people and is always thinking of innovating ways to promote this smart little City of ours.  Michelle also acts as our very own in-house photographer/ videographer.

US President Donald Trump says he has instructed his team to “do what needs to be done” on initial protocols for transitioning to a Joe Biden presidency. 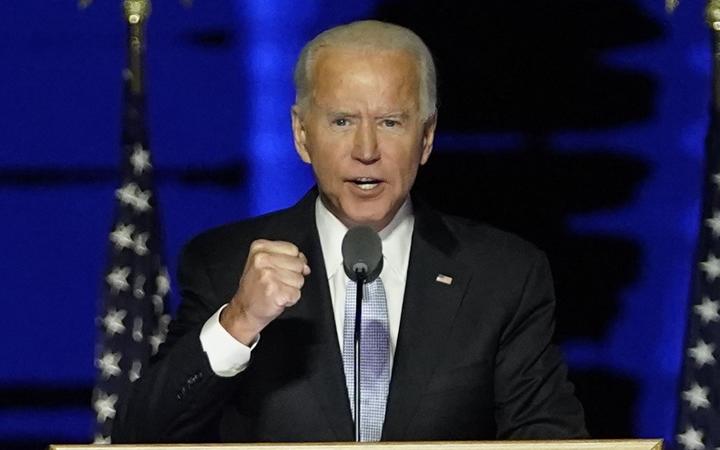 CNN reported it had seen a letter from administrator Emily Murphy that informed President-elect Joe Biden that the Trump administration was ready to begin the formal transition process.

The letter has been the White House’s biggest step towards conceding the presidential election win.

Murphy said she had not been pressured by the White House to delay the formal transition and did not make a decision “out of fear or favouritism,” saying she “did not receive any direction to delay my determination”.

Then, in a tweet, Trump said he wanted to thank Murphy for her steadfast dedication and loyalty to the country, and he was recommending that she and her team “do what needs to be done with regard to initial protocols”.

…fight, and I believe we will prevail! Nevertheless, in the best interest of our Country, I am recommending that Emily and her team do what needs to be done with regard to initial protocols, and have told my team to do the same.

“She has been harassed, threatened, and abused – and I do not want to see this happen to her, her family, or employees of GSA. Our case STRONGLY continues, we will keep up the good … fight, and I believe we will prevail! Nevertheless, in the best interest of our Country, I am recommending that Emily and her team do what needs to be done with regard to initial protocols, and have told my team to do the same,” he wrote.

A Trump appointee, Murphy had previously refused to move forward with the process, locking the President-elect’s team out of speaking with federal agencies.

Joe Biden’s victory in the swing state of Michigan has now been certified, further narrowing the legal routes Trump can take to change the election result.

#Breaking: GSA’s Emily Murphy signs off and says the transition can begin, per @KristenhCNN pic.twitter.com/S6YKKQBrQR

Former US secretary of state John Kerry will act as “climate tsar” when US President-elect Joe Biden takes office. 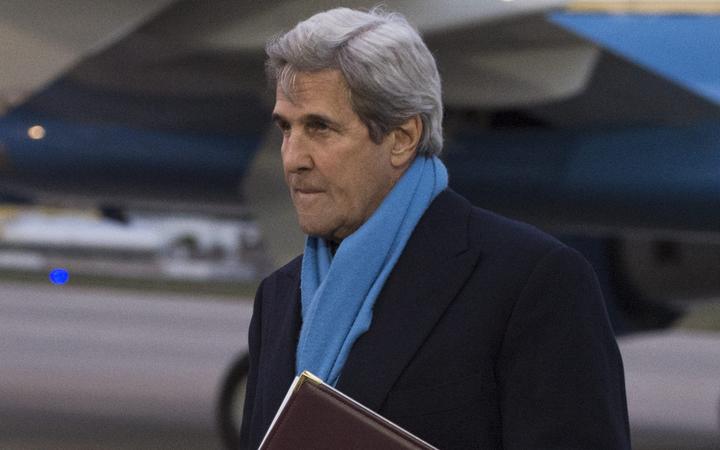 Kerry was one of several people named for top positions by the Biden transition team on Monday.

Other key picks include Avril Haines as the first woman to lead intelligence, and long-time Biden aide Antony Blinken as secretary of state – the most important foreign policy position.

It comes as calls are growing for Donald Trump to concede the election.

He has made unsubstantiated claims of widespread electoral fraud and is continuing to pursue legal challenges over the result.

Biden is projected to beat President Trump by 306 votes to 232 when the US electoral college meets to formally confirm the winner on 14 December. This is far above the 270 votes he needs.

In a statement following the announcement on Monday, Biden said: “I need a team ready on day one to help me reclaim America’s seat at the head of the table, rally the world to meet the biggest challenges we face, and advance our security, prosperity, and values. This is the crux of that team.”

Some of the positions require confirmation in the US Senate. What will John Kerry do?

Kerry was chosen for the role of special presidential envoy for climate.

The Biden transition team said the position would see him “fight climate change full-time”. He is also set to be the first official dedicated to climate change to sit on the National Security Council.

Kerry signed the Paris climate agreement on behalf of the US in 2016. The deal committed countries to working to limit the rise in global temperature.

Under Trump, the US this month became the first country to formally withdraw from the agreement. But Biden has said he plans to re-join the accord as soon as possible.

Under the rules, all that is required is a month’s notice and the US should be back in the fold.

In a tweet following the announcement on Monday, Kerry wrote: “America will soon have a government that treats the climate crisis as the urgent national security threat it is. I’m proud to partner with the President-elect, our allies, and the young leaders of the climate movement to take on this crisis as the President’s Climate Envoy.”

Kerry previously served as secretary of state during Barack Obama’s second term as president. A veteran Democratic politician, he lost to incumbent Republican George W Bush in the 2004 presidential election.

He was a senator for 28 years and chairman of the foreign relations committee.

What about the other roles?

Antony Blinken was nominated as secretary of state. The 58-year-old is a long-time adviser to the president-elect. He was deputy secretary of state and deputy national security adviser during the Obama administration, in which Biden served as vice-president.

He is expected to manage a Biden foreign policy agenda that will emphasise re-engaging with Western allies.

Other selections included Avril Haines as director of national intelligence and Alejandro Mayorkas as the first Latino secretary of homeland security.

Long-time diplomat Linda Thomas-Greenfield was nominated US ambassador to the UN. She also served under President Obama, including as assistant secretary of state for African affairs between 2013 and 2017.

What about the calls for Trump to concede?

President Trump is continuing to refuse to concede and facilitate a smooth presidential transition. He has been pursuing so-far fruitless legal challenges in several states to try to overturn his loss, but calls are growing for him to accept defeat.

“I have been a supporter of the president’s. I voted for him twice. But elections have consequences, and we cannot continue to act as if something happened here that didn’t happen,” he told ABC’s This Week programme on Sunday.

High-profile Trump supporter Stephen Schwarzman, the CEO of investment company Blackstone, also said it was time for Trump to accept he lost.

“Like many in the business community, I am ready to help President-elect Biden and his team as they confront the significant challenges of rebuilding our post-Covid economy,” he said in a statement reported by US media.

Some Republican lawmakers have also moved to acknowledge Trump’s defeat in the election.

What’s the latest with the challenges?

The Trump campaign has lost a slew of lawsuits contesting results from the election, and its latest efforts focus on stopping the swing states that handed Biden his win certifying the results – an essential step for the Democrat to be formally declared victor.

In a scathing ruling, Judge Matthew Brann said his court had been presented with “strained legal arguments without merit and speculative accusations”.

The move paves the way for Pennsylvania to certify Biden’s win on Monday. However, the Trump campaign is appealing against the ruling.

Qatar’s public prosecutor has filed criminal charges against an unspecified number of police officers working at Qatar’s Hamad airport after women said they were invasively searched there last month. 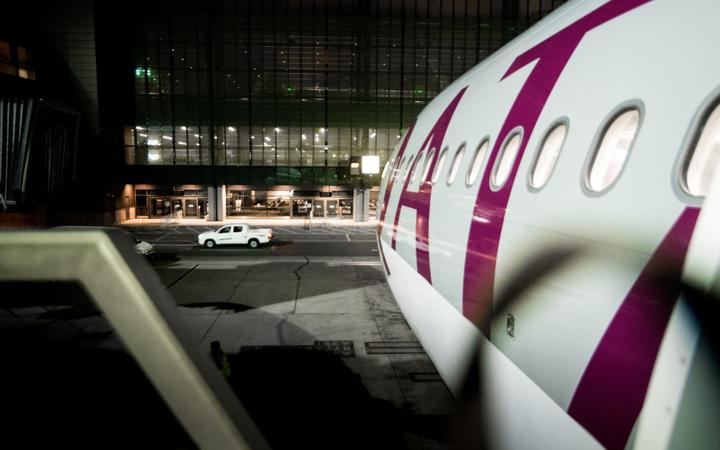 Women on board a flight that was bound for Sydney were forced to undergo an examination in an ambulance parked on the tarmac at the airport in Doha in October. Photo: AFP

A New Zealand woman was among those subjected to internal examinations along with some other Australians.

Qatari officials said the searches were conducted in order to locate the mother of a new-born child found abandoned in a garbage bin in an airport bathroom.

Judicial police officers working in the Airport Security Department broke the law when they summoned female medical staff to conduct the searches, the public prosecutor said in a statement on Monday.

Police officers acted unilaterally and face “penalties of a maximum of three years,” it said.

The public prosecutor did not say what crimes had been committed, how many police officers had been charged or detail the penalties they faced, such as imprisonment, if convicted.

The public prosecutor said it had also charged the child’s mother, who has left the country, with attempted murder and that it had launched legal proceedings to arrest her.

The mother, identified as of “Asian nationality”, faces a maximum penalty of 15 years if convicted, the statement said.

It also said a male defendant had been identified as the father of the child after a DNA test, without saying how they were able to initially locate him.

The mother of the abandoned child had messaged the father telling him she had just given birth and that she was abandoning the child and leaving the country, the prosecutor said.

It was not clear what charges the father faced.

The baby girl is being taken care of by Qatari authorities.

The prosecutor said in the statement that the medical staff had been summoned to conduct “external examination of female passengers”, contradicting Australian officials who said the women had been invasively searched.

read more
© Copyright 2020 - Uniquely Nelson and The Nelson Advantage - All Rights Reserved. a slightly different website
Back To Top