****GIVEAWAY****
We’re celebrating excellence in film making and giving a huge shout out to NOMADLAND for 2 Golden Globe wins!! Best Picture & Best Director!! Be in to win this beautiful A2 canvas art print by telling us who you would love to see NOMADLAND with… comp closes March 11. 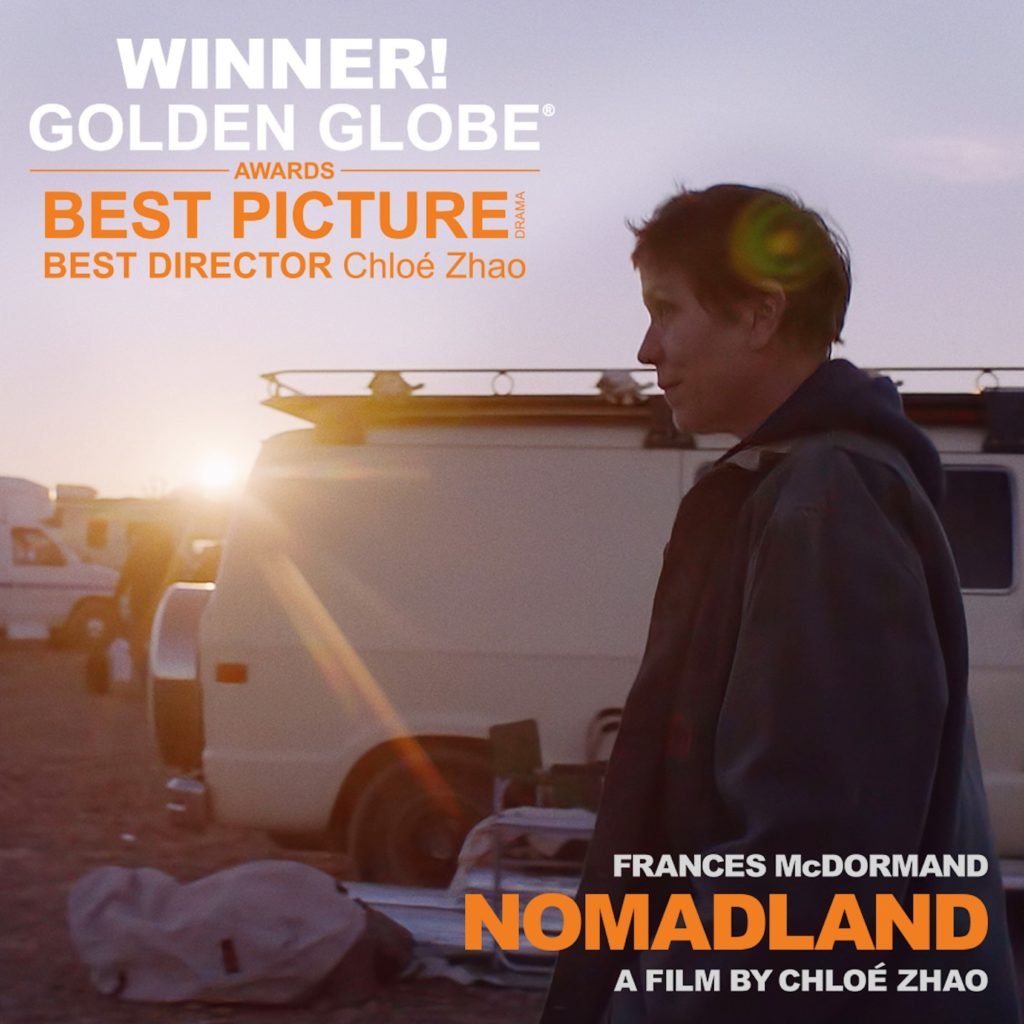 Tom Holland and Daisy Ridley star in this dystopian sci-fi adapted from co-writer Patrick Ness’s novel, set in a world where there are no more women and people can hear each other’s thoughts.
Todd (Holland) has been brought up to believe that the Spackle released a germ that killed all the women and unleashed Noise on the remaining men. After discovering a patch of silence, his surrogate parents warn him that he has to run, leaving him with only a map of New World and a message… He soon discovers the source of the silence: a girl, named Viola (Ridley). The two then must hurry to warn an incoming ship of settlers as Mayor Prentiss (Mads Mikkelsen, Rogue One: A Star Wars Story) prepares an army for war.
Book Now

Disney animated fantasy adventure, set in a world called Kumandra, where a warrior searches for the last dragon. From the writer of Crazy Rich Asians, featuring the voices of Kelly Marie Tran (Star Wars: The Last Jedi) and Golden Globe winner Awkwafina (The Farewell).

Long ago, in the fantasy world of Kumandra, humans and dragons lived together in harmony. But when sinister monsters known as the Druun threatened the land, the dragons sacrificed themselves to save humanity. Now, 500 years later, those same monsters have returned and it’s up to a lone warrior, Raya, to track down the last dragon in order to finally stop the Druun for good. However, along her journey, she’ll learn that it’ll take more than dragon magic to save the world—it’s going to take trust as well.
Book Now