We have had Mani as part of the Little India family for 21 years now, and we are so grateful that he decided to join the team way back in June 2000! Mani & his family moved to Nelson in 2004 to open the Nelson Little India, and have been there ever since. Mani loves living in Nelson because it’s a small town with a very kind and supportive community; when you walk through Nelson City, everyone smiles & says hello to each other, which Mani loves. He also thinks Nelson has been a great place for him & his wife to bring up their kids. Mani loves the Riverside cafe, so if you haven’t been there already, make sure you check it out!
We asked Mani how he would spend his ideal day, and it would start off with a family breakfast, then taking his kids to the driving range for some golf. From there, they would head for a drive somewhere out of Nelson to experience the beautiful surrounding areas. Kaiteriteri is a favourite of Mani & his family. His ideal day would end by having a home-cooked meal, made by his lovely wife Sonia and a couple of quiet whiskeys. 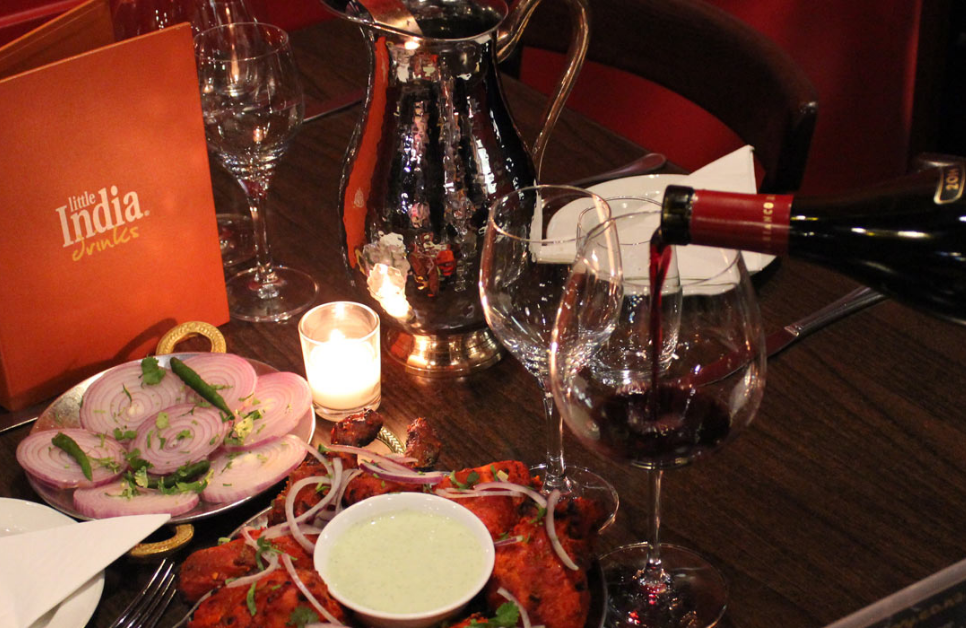 Mani’s order at Little India is Fish Tikka, Kadai chicken with Dal Makhani, Lacha Prantha, Raita which is yoghurt mixed with cucumber and ground spices, and Kechumber which is diced onions, tomatoes, cucumber, coriander with a touch of lemon juice and spices.
Fish Tikka is one of our starters, made of filleted fish marinated in yoghurt, mustard, oil and spices, skewered and cooked in the tandoor, and Kadai Chicken is one of our most popular mains, cooked with crushed tomatoes, onions, cream and fresh coriander. It has a thick gravy and goes really well with one of our tandoori breads. Dal Makhani is a vegetarian main, made with black lentils and kidney beans cooked with ghee and spices, & Lacha Parantha is unleavened wholemeal flour bread layered with lashings of ghee, baked in the tandoor.
We love having Mani as part of the Little India team, and we know the Nelson community love his warm hospitality and delicious food! #LoveYourLocalLittleIndia