A family fun celebration of culture, hospitality, art and free entertainment, 4 Lanes returns to the city at the end of August. 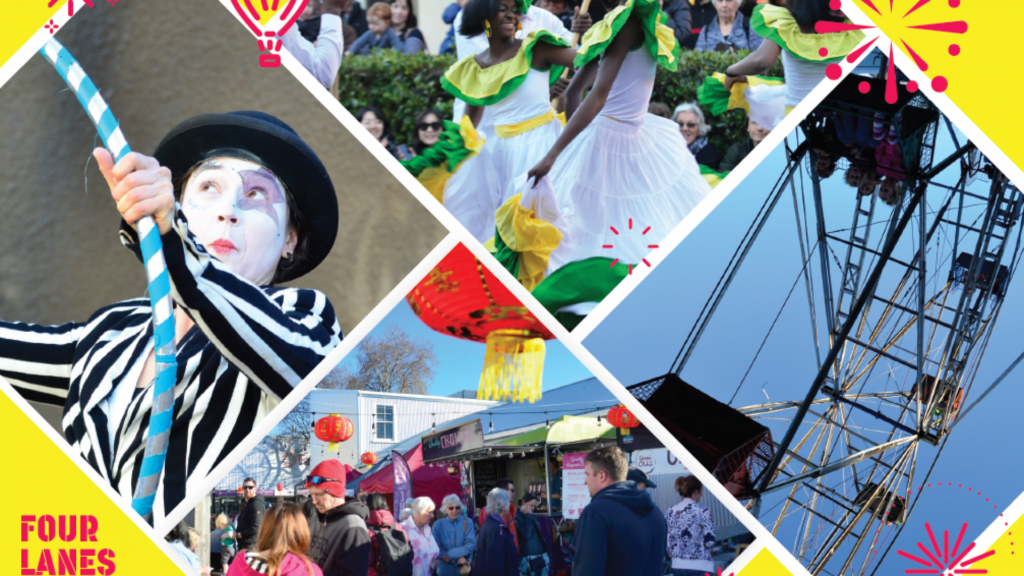 The festival encourages people to wander four key areas: Kirby Lane, for the Noodle Market and tastes of Asia; Fiddle Lane, with visual arts plus performances by Middle Eastern and Indian street bands; Old Bank Lane, which features story-telling by Birdlife Productions, giant games and circus fun by Community Art Works; and the fourth ‘lane’ in Morrison Square, which hosts a vibrant Latin Quarter with dancing, live music and food from Argentina, Colombia and Brazil.

The Festival is organised by Nelson City Council in conjunction with Uniquely Nelson.

Youth Lane – new in 2021
An additional laneway will run in conjunction with Nelson’s 4 Lanes Festival this year in the form of a Youth Lane, being developed by a team of youth from various colleges.

Organised separately but running at the same time on the same day, the Youth Lane is specifically targeted at people aged 14+.

Different zones in the central city’s Church Lane will be set up to support live youth bands, art projections, giant games, a chill-out zone and a skateboard competition. Youth will also have an opportunity to learn new skills such as audio system techniques.