Acquisitions is a leading retailer of desirable and exciting homewares and gift items with stores New Zealand wide.

Acquisitions haven’t been an ‘overnight success’ but instead is a result of decades of development and hard work. The journey is interesting, so keep reading and you’ll see why…

Acquisitions began life in the late 1970s as a tiny shop within the Dunedin Environment Centre. Two of the current company directors, who had been involved with an environmental campaign being run from the Environment Centre, had formed a trust to run the shop. The small shop was staffed with volunteers and sold trade aid style goods and local craft items. When the volunteer workforce dried up the two directors had to decide whether to ‘fold up their tent’ and finish up or inject some finance and become a commercial enterprise. They decided on the latter and proceeded to max out their credit cards and bought out the other trust members. By then they had moved into a larger space in George Street, Dunedin and had to spread out what meagre stock holdings they could afford to fill the space and make it look interesting.

In 1986 ‘Third World Crafts’, as it was known, was ready for a change in direction. A new name was settled on, stock lines were adapted, and the levels increased until eventually, ‘Acquisitions’ was the largest gift store in Dunedin.

After the successful re-invention of the brand in Dunedin, the decision was made to introduce Christchurch to Acquisitions in the year 2000. A space was secured in the Westfield Mall in Riccarton. The first Christchurch store opened a few months before Christmas that year. 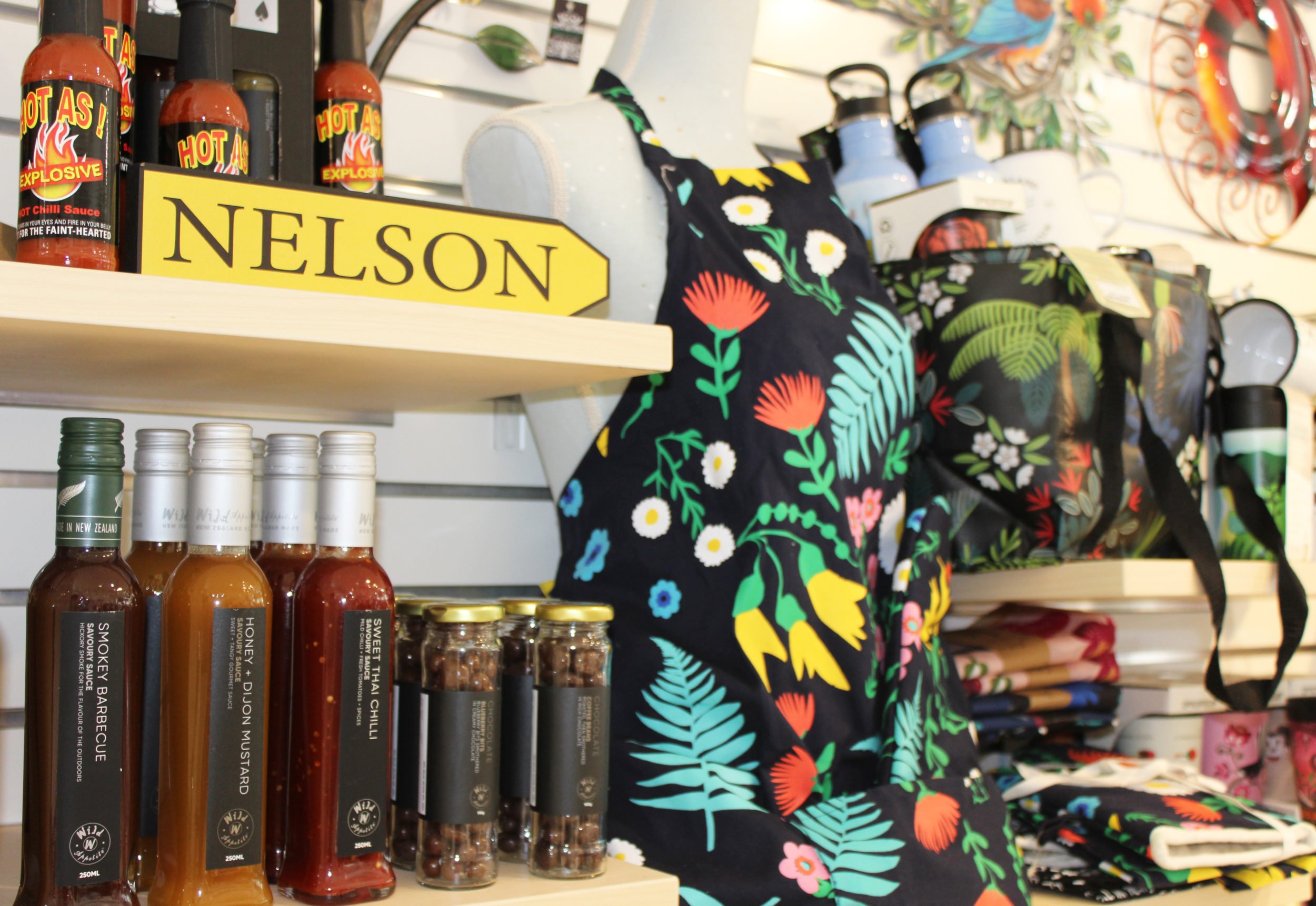 The 2000s were a time of rapid growth for the company with four more Acquisitions stores opening in Christchurch (City Mall 2001, Eastgate and Northlands 2003, Palms 2004), one store in Wellington (Queensgate 2005) and three stores in Auckland (St. Lukes 2006, Sylvia Park & Albany 2007). Late 2009 saw that Timaru was introduced to Acquisitions and they formally opened their doors in the port city on the 26th of November.

In 2010 all of Acquisitions’ Christchurch stores survived the September earthquake however following the Boxing Day aftershock the City Mall branch was closed indefinitely before being destroyed by the mammoth aftershock on February 22nd 2011. February 22nd also saw the Palms and Eastgate stores closed indefinitely due to the malls they were housed in sustaining huge amounts of structural damage. After a couple of false starts, which were hampered by further quakes, the Eastgate store re-opened in late July 2011, sporting a new paint job and new fittings. The Palms store re-opened later that year after extensive structural repairs were carried out on the shopping centre.

In more recent times stores have also been opened in Tauranga, Hamilton, Hawkes Bay, as well as other areas, and now Acquisitions has opened in the main street of Nelson where they employ six full and part-time staff. 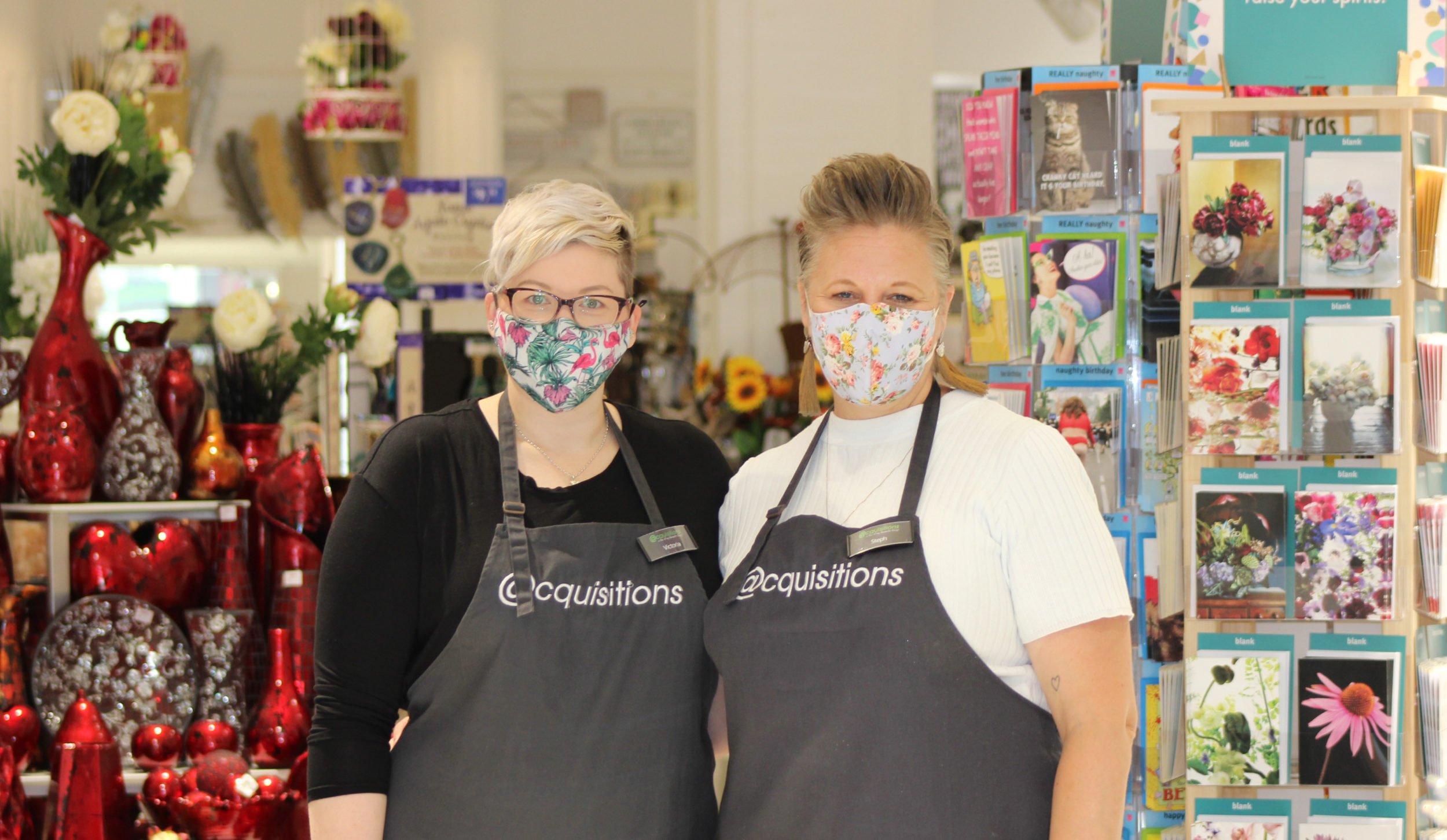 The store manager, Victoria, is enjoying her new role. Victoria was born in Blenheim but lived and worked for over 11 years on the Gold Coast of Australia before her return to New Zealand.

Stephanie is in charge of merchandising and shop layout and has worked in management previously. She loves changing up the displays in-store to help showcase the ever-changing selection of gift items.

There is a clear camaraderie between these two, evidenced by plenty of laughter shared between them during our interview.

“We have had so many compliments from our customers over the Christmas season. Some have said they did all of their Christmas shopping there,” says Victoria. So, have you ever been stuck for ideas for a gift? Look no further. Visit Acquisitions and let the girls guide you. You will be amazed at what they have in there.