Bay Oval in Tauranga will host a Boxing Day cricket test for the first time this summer, when the Black Caps play Pakistan. 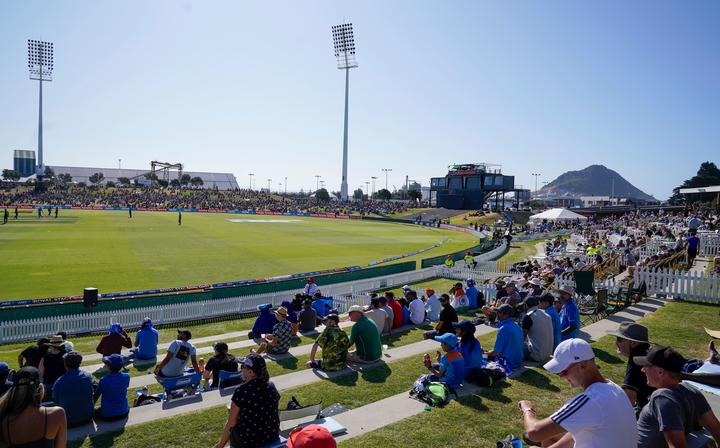 The summer schedule for the Black Caps has 21 games all up, including four tests two against Pakistan and two against the West Indies.

The Bay Oval test will be the eighth Boxing Day Test in New Zealand and the first since 2018.

Last summer the Black Caps played Australia in a Boxing Day test in Melbourne – the first time that had happened in over 30 years.

The Black Caps begin their home season with a three match T20 series against the West Indies – the first game is in Auckland on November 20th.

They then play two tests against the Windies in Hamilton and Wellington.

There are also three T20’s against Pakistan before two more tests – the Boxing Day one at Mt Maunganui and Hagley Oval in Christchurch.

The Black Caps will also play five T20 games against Australia in February and March and then three one dayers and three T20’s against Bangladesh subject to getting government approval for the teams to come which New Zealand Cricket chief executive David White is confident will be forthcoming.

“I’m thrilled to be making this announcement today, given the uncertainty and difficulties over the past six or seven months….we owe a huge debt of gratitude to the New Zealand government for helping us navigate this complex process,” he said.

“Hosting these tours is incredibly important to us for two reasons: international cricket brings in revenue that funds the entire game of cricket in New Zealand and, also, it’s crucial that we look after the fans of the game and sport in general, especially during these difficult times.”

“It might sound counter-intuitive to be lowering ticket prices at a time of great additional cost and expense to the game, but we think it’s the right thing to do”.

The White Ferns will host England in February and March and New Zealand Cricket is also negotiating for the Australian women’s side to tour here.