At least 12 civilians have been killed in an air strike on a religious school in the northern Afghan province of Takhar, local officials say. 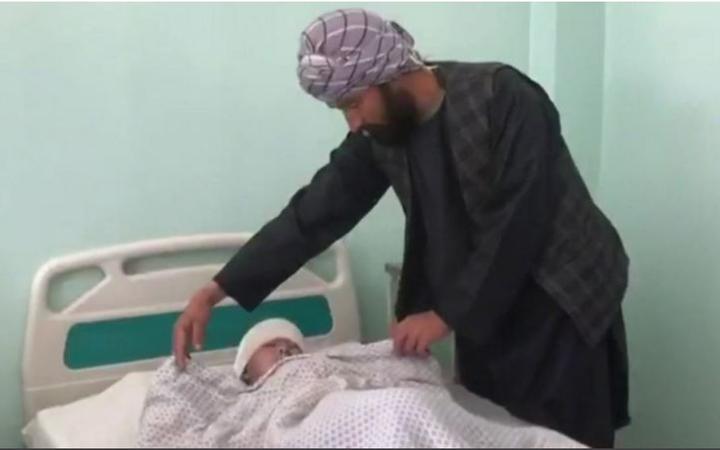 A BBC reporter confirmed he says children at the hospital. Photo: BBC

They said the strike on the madrassa in the village of Hazara Qurluq killed 11 children and their prayer leader.

The Afghan government disputed the account, saying it had killed 12 Taliban fighters in the village.

The strike came after more than 30 security force members were killed in a major Taliban ambush in the province.

Local officials said 14 others were wounded in the strike late last night. The imam of the mosque attached to the seminary, Abdul Awal, who was among the wounded and was admitted to hospital, told the BBC that only he and children were in the mosque at the time of the strike.

Doctors at a hospital close to the site of the air strike in the provincial capital Taloqan said the majority of victims brought in were children, and Mohammad Jawad Hejri, a spokesman for the provincial governor, also said the strike had killed children.

But Afghan government officials denied the reports that children had been killed, saying only Taliban fighters died. The Ministry of Defence did not deny that the strike hit a school. A spokesperson said an investigation team had been appointed to “assess allegations about civilian casualties resulting from this attack”.

The fighting the previous day, which reportedly began with a Taliban attack in Baharak district some 15km (nine miles) from Taloqan, came despite assurances from Taliban officials to the US that violence would be scaled back to facilitate historic peace talks between the Afghan government and the Taliban.

Violence between government forces and the Taliban has worsened in recent weeks in Afghanistan and threatens to imperil the talks, which have stalled on preliminary issues.

It is estimated that about 40,000 civilians have fled their homes in recent weeks in the southern Helmand province as fighting has intensified. The battle over Helmand’s provincial capital Lashkar Gah marks the first big Taliban offensive since the peace talks began last month.

More than 220,000 Afghans have been displaced by the conflict so far this year, according to the UNHCR, taking the total since 2012 to about 4.1 million.