Nelson’s first ever Jewellery Week is set to highlight shimmering genius as well as underlining the longstanding links between Nelson jewellers.
The contemporary jewellery event will be held at various venues in Nelson’s central city between Friday and April 4, showcasing artist exhibitions, workshops, public talks and social events.

The project aims to place contemporary jewellery within the Nelson region and engage the community in what organisers say is a largely unrecognised field of art and design.

Events will take place across a number of venues including the Suter Art Gallery, NMIT, Craig Potton Gallery, pop up insulation space Viewfinder in Bank Lane and Jens Hansen Gold and Silversmith.
For Nelson Jewellery Week (NJW) artist Isaac Ibbotson, having his simple yet distinguished silver and gold earring designs on show in the window of local clothing and jewellery store Shine, for his HOOPS display, represented a full-circle connection with the Hardy St retailer.
“It’s a design that’s passed the test of time, evolved over the years …. design features like how they’re going to move, balance how they catch the light,” he said. 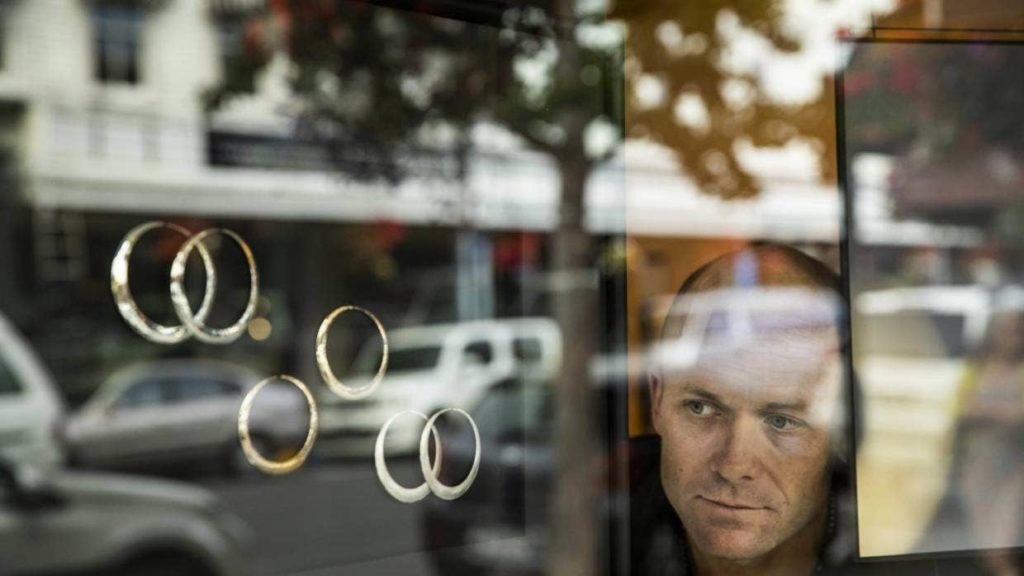 Shine has been a part of the Nelson retail landscape since 2001, beginning in a small shop on Bridge St.

Ibbotson – then a fledgling craftsman – was one of the shop’s original jeweller stockists.

The store has expanded to clothing in recent years but owner Jo Menary said it was a pleasure to still stock hand-crafted local works like Ibbotson’s.

“They’re classic designs which have become somewhat iconic around Nelson, and it’s something which gets asked about almost every day – it never dates,” Menary said.

The genesis for Nelson Jewellery Week came in 2019, when Refinery ArtSpace invited the Handshake Project to produce a new exhibition for the Refinery.

Check out a Virtual Reality Tour at Refinery ArtSpace

Started by Wellington-based jeweller Peter Deckers and Hilda Gasgard the Handshake Project is a national jewellery project for emerging contemporary jewellers and their mentors.

The project has enabled New Zealand artists to showcase work in Australia, Great Britain, Germany, Thailand and The Netherlands, with mentors coming from as far away as Estonia and the United States.

“It is for talented people who maybe aren’t sure of what to do when they’re finished with art school – they’re not picked up by the right people because they’ve not seen what they’re doing,” Deckers said. Fifty makers will contribute up to three metres of chain for the artwork.

Nelson Jewellery Week project manager Kay Van Dyk, who is also exhibiting her work this week, said having the Handshake Project in town was too good an opportunity not to celebrate jewellers in other Nelson exhibitions and galleries.

“It’s going to be a bit of a hub for coolness.”

Queenstown artist Jess Winchcombe’s ChainReaction link, called In Conversation, is a deconstructed painting which has been stripped and reshaped into a lei, made to fit around five people’s neck.
Winchcombe said her involvement in the Handshake Project and mentorship with Nelson jeweller Warwick Freeman providing a significant boost to her creative education.

“He definitely taught me how to refine my ideas and finish things off – I could often get pretty rogue, but he often got me to remake things and think a bit more about what I was doing.”