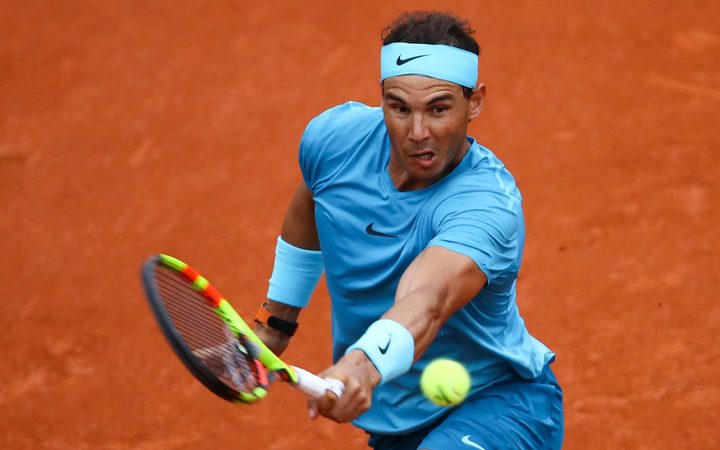 The Spaniard, looking to equal Roger Federer’s record of 20 Grand Slam men’s singles titles, is used to slow starts at Roland Garros and this year’s debut was no different.

On the revamped court Philippe Chatrier, whose roof stayed open throughout, Nadal converted all of his five break points to set up a meeting with American Mackenzie McDonald.

The second seed, who had complained about the new balls being too heavy, did not appear too bothered in front of some 200 fans, wrapping up the match with a service winner.

Austria’s Dominic Thiem showed no sign of a hangover from his U.S. Open triumph as he began his campaign with an impressive straight sets win over Marin Cilic.

Third seed Thiem, beaten by Rafa Nadal in the last two French Open finals, was handed a tough first round against the Croatian former U.S. Open champion, but was straight into the groove under the roof on Court Phillipe Chatrier.

France won one of it’s stars with eighth seed Gael Monfils beaten by Alexander Bublik of Kazakhstan in four sets.

Playing against an opponent she defeated at the same stage at the U.S. Open less than a month ago, Williams found herself trailing twice in the opening set at the Court Philippe Chatrier but rallied each time to force a tiebreaker.

Williams, who has won three of her 23 Grand Slam singles titles at Roland Garros, raised her level in the tiebreaker and did not look back from there, handing the 102nd-ranked Ahn a bagel in the second set.

The 39-year-old had to dig deep to find a way to win points in the cold and heavy conditions and needed five match points to seal the victory and set up a second round meeting against Tsvetana Pironkova, who earlier beat Andrea Petkovic 6-3 6-3.

Other first round winners in the women’s draw included Elina Svitolina, Kiki Bertens and Petra Kvitova.